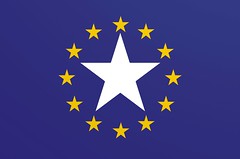 Spain joined The EU in January 1986. The European Union is an economic and political union of 27 member states, established by the Treaty of Maastricht in 1993. The EU has developed a single market through a standardised system of laws which apply in all member states and ensures the free movement of people, goods, services, and capital, including the abolition of passport controls by the Schengen Agreement between 22 EU states and 3 other European states. It enacts legislation in justice and home affairs and maintains common policies on trade, agriculture, fisheries and regional development. Sixteen member states have adopted a common “Euro” currency, constituting “The Euro-zone”. Permanent diplomatic missions of the EU are established around the world and representation at the United Nations, WTO, G8 and G-20 is maintained. The EU traces its origins from the European Coal and Steel Community formed among six countries in 1951 which aimed to unify Western Europe during the Cold War. The six founding states of the EU were France, West Germany, Italy, Belgium, The Netherlands and Luxemburg.

When Spain joined the EU the country was required to open the Spanish economy to trade and investment, modernize its industrial base, improve infrastructure, and revise economic legislation in order to conform to EU guidelines. Prior to this, the Spanish economy had been one the most closed in Western Europe, with a tiny measure of foreign trade to economic activity. The Spanish economy grew rapidly over the next two decades and unemployment fell from 23% in 1986 to a low point of 8% in 2007. 2002’s adoption of the euro in Spain greatly reduced interest rates, spurring a housing boom that further fuelled growth. The strong euro also encouraged Spanish firms to invest in the United States and suddenly Spanish business was booming. Spain was keen to branch out of the diplomatic isolation of the Franco years, expand foreign relations and define security relations with the west and the European Union was the perfect platform. Spain assumed the EU presidency in January 2010 and established itself as a major participant in multilateral international security activities. Europe has been the driving force of economic policy in Spain over the last four decades and the key factor behind the modernisation and globalisation of the Spanish Economy. 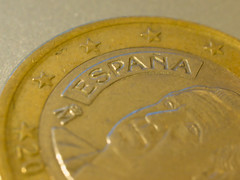 The end of the housing boom in 2007 and the international financial crisis led to a Spanish recession that began in the second quarter of 2008. The Spanish economy had become reliant on housing sales and construction and both sectors declined dramatically and the unemployment rate was more than 20% in the first quarter of 2010, the second-highest in the European Union after Latvia. The Spanish housing market reacted immediately to the crisis; in September 2008 the number of loans for residences had declined by 44 % compared to the same month a year earlier. Most of Spain’s four million unemployed had been previously working in the building and construction sector. Spain’s budget deficit grew rapidly due to high spending on public works and unemployment benefits to combat the recession introduced by the Zapatero government. The EU, IMF, and U.S. urged Spain to take the steps necessary to restore confidence in the Spanish economy and in May 2010 Zapatero introduced austerity reforms which reduced government employees’ salaries, froze pension funds and suspended public works. Spain pledged to reduce its deficit to below 3% of GDP by 2013 and the rest of the EU countries watched on closely, in fear that Spain could possibly follow Greece and Ireland in requiring financial assistance and so threaten the validity of the “Euro-Zone” due to Spain’s importance.