Spanish History: Revolt of the Catalans

In 1640 Catalonia rose up against the crown of Felipe IV, motivated by fiscal, political and long-standing historical issues in what is known as “The Revolt of the Catalans” or “Reapers´ War”. This was a very volatile period not only in Spanish History, but also all over Europe. The Revolt of the Catalans/Reapers´ War was one of a series of uprisings that included the “Fronde” French Civil War, the “Thirty Years War” in Germany, the English Civil War and revolts in Italy, Portugal, and Holland. Historians point to a wider seventeenth-century crisis and the final transition to capitalism, the collapse of the old aristocracy, the emergence of modern states, and the triumphant authority of centralising monarchies. 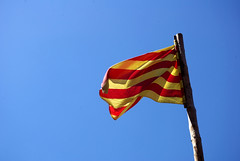 Since the Middle Ages, Catalonia had been part of the former Crown of Aragon, which joined the Crown of Castile in 1517. Despite the unification, the two realms retained separate representative assemblies and Catalonia did not pay taxes for the Spanish monarchy’s imperial adventures. Castile and Catalonia also spoke different languages and had different political traditions. In the 1620s and 1630s, Felipe IV found himself engaged in three European wars: in Germany, The Netherlands and also in France and insisted that all of Spain, including Catalonia, should pay its fair share and be subject to the same laws. In 1625 a military levy was proposed that would have drawn men and money from throughout Spain, but the Catalonian representative assembly refused. 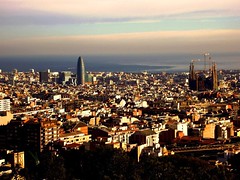 The Revolt of the Catalans/Reapers´ War was a social revolution, rich against poor, and at the same time a political revolt, Catalan against Castilian. As the Catalan poor turned against the Catalan rich, the elites turned to France and in January 1641 the combined forces of France and Catalonia defeated the Castilian army in “The Battle of Montjuich” (Barcelona). The aristocracy, however, was no fonder of the French than of the Castilians, as the French Bourbon monarchy seemed even less interested in Catalan rights than the Spanish Habsburg Monarchy. By 1648, the French had withdrawn from Catalonia, leaving the rebels to fight alone and leading Catalan aristocrats had reconciled with the Spanish crown. Felipe’s illegitimate son, Don Juan of Austria, initiated a siege of Barcelona in 1651 and the city was starved into surrender on 13th October 1652.