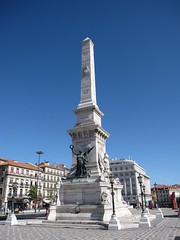 “The Portuguese Restoration War” was the name given to the war between Portugal and Spain that began with the Portuguese revolution of 1640 and ended with the Treaty of Lisbon in 1668. This ended the sixty-year period of dual monarchy in Portugal and Spain under the Spanish Habsburgs and established the sovereignty of Portugal’s new ruling dynasty, the House of Braganza headed by new Portuguese King, João IV. The Revolt of the Catalans and The Portuguese Restoration War was a double barrelled assault that rocked the Spanish Habsburg monarchy, but though it lost wealth, territory, and power during this period, remarkably it survived and showed great resilience.

When Felipe III of Portugal died in 1621, he was succeeded by Felipe IV of Spain who had a different approach to Portuguese issues. Taxes on the Portuguese merchants were raised, the Portuguese nobility began to lose its influence at the Spanish Cortes, and government posts in Portugal were increasingly occupied by Spaniards. Ultimately, Felipe III tried to make Portugal a Spanish province and Portuguese nobles stood to lose all of their power. This situation culminated in The Portuguese Restoration War: a coup d’état organized by the nobility and bourgeoisie, executed on 1st December 1640, sixty years after the crowning of Felipe I, the first “dual monarch”. 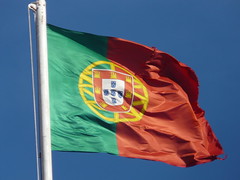 The plot for The Portuguese Restoration War was planned by Antão Vaz de Almada, Miguel de Almeida, and João Pinto Ribeiro. They, together with several associates, killed the Secretary of State, Miguel de Vasconcelos, and imprisoned the king’s cousin, the Duchess of Mantua, who had been governing Portugal in his name. The moment was well chosen; Felipe’s troops were, at the time, fighting the Thirty Years’ War and also facing a revolution in Catalonia. The support of the people became apparent almost immediately, and, within a matter of hours, João, 8th Duke of Braganza was acclaimed as King João IV of Portugal.