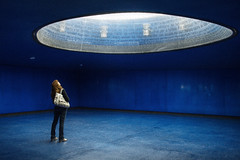 Despite the political tensions in 2004 arising mainly from Spain’s support of the war in Iraq, polls suggested that the conservative Popular Party was set to win a third consecutive election. An estimated 92% of the Spanish people did not support the War in Iraq but somehow it was estimated that the PP would win an election with 42.2% of the vote while PSOE would only get 35.5%. Three days before the 2004 general election, on 11th March 2004, 10 bombs killed 191 people in Madrid. Initially, the government and the opposition stated publicly that the Madrid bombings may have been the work of Basque terrorist liberation group ETA. However, the PP government continued to blame ETA even after evidence that the attacks may have been the work of an Islamist group emerged. Minister of Foreign Affairs, Ana Palacio, instructed all Spanish diplomats to place the blame for the Madrid bombings on ETA at every opportunity and José María Aznar personally phoned the editors of the four national daily newspapers to tell them that ETA were responsible. Public perception that the government had hidden information quickly gave rise to a public outcry. Two days after the Madrid bombings, demonstrations took place all across Spain calling for greater investigation and demanding the truth before the vote.

Three days after the Madrid bombings, the opposition PSOE surprised everyone including themselves and won the elections. José Luis Rodríguez Zapatero was signed in as Spain’s new prime minister and went on to be re-elected for a second term in 2008. The Madrid bombings are seen by many to have significantly influenced the election results and they believe the handling of the attacks by the government, rather than the attacks themselves, may have changed the electoral winner. People who had the perception that the information about the attacks was being manipulated decided to vote for the Socialist party as a response. The controversies put a blemish on Zapatero’s victory, as the shadow of what had happened in the past few days did not allow the Socialist Party to fully enjoy its triumph. One of the first measures the Zapatero government carried out was to withdraw every Spanish soldier fighting in Iraq, which was done in less than a month. This drew criticism from some right-wingers who held the view that the Zapatero government was ceding to the pressure of the terrorists who had attacked Spain. However, it was a measure announced by Zapatero before the general elections and supported by the majority of Spanish population.

Much of the notable work done by the Zapatero government focused on social issues, including gender-motivated violence and discrimination, divorce and same-sex marriage. The legalisation of same-sex marriage in Spain on 1st July 2005 included adoption rights as well as other rights that were previously only available to heterosexual couples. This caused a stir within the Catholic Church which opposed the measures and supported large demonstrations in protest. In 2007 the Zapatero government was responsible for a Gender Identity Law allowing transsexuals the right to have their identity legally recognised, the criteria being one clinical evaluation and two years of treatment, and without demanding mandatory genital surgery or irreversible sterility. Transsexual persons were given the right to marry persons of the opposite or same sex they had transitioned into and to biologically parent children either before or after transitioning. The Zapatero government also introduced the Dependency Law, a plan to regulate help and resources for people in dire need of them, who cannot provide for themselves and must rely on others on a daily basis. Zapatero made it clear that he valued funding of research and development and higher education and believed them to be essential for Spain’s economic competitiveness. At the same time, he increased the minimum wage and pursued other classically socialist policies.