The Spanish Civil War is one of the most famous periods in the history of Spain and was fought from 17th July 1936 to 1st April 1939. Elections in 1936 revealed a Spain divided, politically and geographically, between the left and right wings. Tensions threatened to turn into violence and there were calls from the right for a military coup against the Government of the Second Spanish Republic. A rebel coup led by Spanish army generals was supported by the conservative Spanish Confederation of the Autonomous Right, Carlist monarchists and the Fascist Falange. The coup was only partially successful (important cities including Madrid, Barcelona, Oviedo, Bilbao, Badajoz and Málaga didn’t join in the rebellion) and Spain was left militarily and politically divided. From that moment onwards General Franco began a protracted war against the legally established government and loyalist supporters of the Republican Government fought the rebel forces for control of the country. 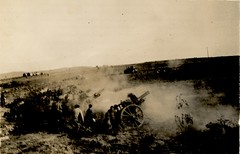 The Spanish Civil War ended with the victory of the rebel “Nationalists”, the overthrow of the Republican Government of Spain’s radical Second Republic, and the founding of a dictatorship led by General Francisco Franco which eventually fused all right-wing parties into one state party of the Franco regime. Throughout the Spanish Civil War the rebels received the support of Fascist Italy and Nazi Germany, as well as neighbouring Portugal. Left wing volunteers (“The International Brigades”) and the communist Soviet Union intervened on the Republican side. The American Government offered no official support for either side, although over 2,000 Americans volunteered on the Republican side. Meanwhile, American corporations such as Texaco, General Motors, Ford Motors and Firestone greatly assisted the Nationalist army, furnishing a regular supply of trucks, tires, machine tools and fuel. The new tank warfare tactics and the terror bombing of cities from the air were features of the Spanish Civil War which played a significant part in World War II. 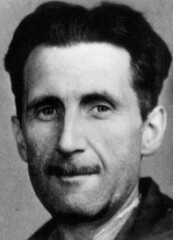 The Spanish Civil War has been dubbed “The first media war”. Foreign correspondents and writers covering it included Ernest Hemingway, Georges Bernanos, Martha Gellhorn, César Vallejo, George Orwell, Arthur Koestler, Halfdan Rasmussen and Robert Capa. Like most international observers, they tended to support the Republicans, with some such as Orwell even participating directly in the fighting. Like most civil wars, it became notable for the passion and political division it inspired. The Spanish Civil War often pitted family members, neighbours and friends against each other. Apart from the combatants, many civilians were killed for their political or religious views by both sides and after the war ended in 1939 the losing Republicans were persecuted by the victorious Nationalists. An estimated total of approximately 500,000 people lost their lives as a consequence of the Spanish Civil War.