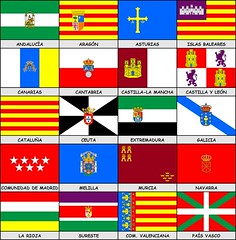 The Second Spanish Republic was legally established on April 14th 1931 following municipal elections in which republican candidates won the majority of votes. The Second Republic was an attempt to build a “modern” Spain and lasted until April 1st 1939 when the successful military rebellion led by General Francisco Franco brought to an end the Spanish Civil War. The constitution of The Second Spanish Republic was groundbreaking in the history of Spain and changed the face of the country. “El Himno de Riego” was established as the Spanish national anthem and the Spanish national flag was given a new colour scheme with red-yellow-purple horizontal stripes. Also all of Spain’s regions were given the right to autonomy. Catalonia (1932) and the Basque Country (1936) exercised this right, with Andalucía, Aragón and Galicia in talks just before the breakout of the Civil War. For the first time in the history of Spain, Galician, Basque and Catalan were recognised as official languages. Unfortunately, the Constitution failed to agree with the conservative right and the Roman Catholic Church and this eventually led to the downfall of the Republic.

In 1923, with the military about to be the subject of a government enquiry into their failures in Morocco and with the king frustrated by a series of fragmenting governments, General Primo de Rivera staged a coup. The king accepted him and so began the Primo de Rivera Dictatorship in Spain. Primo de Rivera was only meant to rule until the country’s most pressing problems had been resolved and it was safe to return to other forms of government. He stayed in office until the king was persuaded to sack him on January 29th 1930. Other generals had become concerned by forthcoming army reforms and the 1929 Wall Street Crash had plunged the country into dire economic hardship. Popular sympathy for the monarchy was greatly undermined following the king’s support for Primo de Rivera’s dictatorial regime and Alfonso XIII saw himself sidelined by the Spanish people. For the working class he was the symbol of oppression, the middle class would not forgive or forget the dictatorial Primo de Rivera and even the royalty and ruling class considered that his continuity impossible. 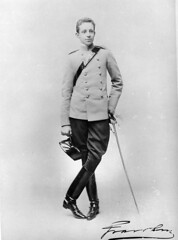 In 1931, faced with an anti-monarchy uprising and rather than face civil war, king Alfonso XIII fled the country for Rome without abdicating the throne and a coalition provisional government declared the Second Spanish Republic, the first true democracy in Spanish history. The Republic passed many reforms, including women’s right to vote and separation of church and state, greatly welcomed by some, hated by others. The constitution of the Second Spanish Republic was based on the absence of religious involvement in government affairs in order to build a secular society. Articles 26 and 27 of the constitution were meant to control Church property and to curtail the custom of religious orders from engaging in education. This was seen as explicitly hostile to religion by the traditionalist and conservative forces that used to enjoy power in Spain under former governments. The new constitution established freedom of speech and freedom of association, allowed divorce and stripped the Spanish nobility of any special legal status. It also established legal procedures for the nationalisation of public services such as land, banks and railways.