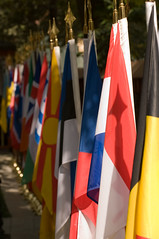 Following a referendum, the newly democratic Spain joined NATO on 30th May 1982. NATO stands for “North Atlantic Treaty Organisation” and is an intergovernmental military alliance based on the North Atlantic Treaty which was signed on 4th April 1949. The NATO headquarters are in Brussels, Belgium and the organisation constitutes a system of collective defence whereby member states agree to mutually defend one another in response to an attack by any external party. Spain’s significant geographical position, astride some of the world’s major sea, air, and land communication routes, made it a valuable partner for the alliance.

Many Spanish people did not agree that Spain joining NATO would benefit the country’s defence and foreign policy aims, arguing instead that it would raise the level of tension between the rival powers and would make Spain a more likely target in any future conflict with the Soviet Union. It was also pointed out that Spain joining NATO would be of no assistance in an area of primary concern to Spain: the two Spanish enclaves of Ceuta and Melilla, which are located in Morocco, outside of the geographic zone of the North Atlantic Treaty. Another key area was Spain’s long standing desire to recover Gibraltar and it was felt that if push came to shove other NATO members would support Britain on this issue. Resentment of the United States as the principal supporter of the Franco regime was another factor influencing those who opposed Spain joining NATO. 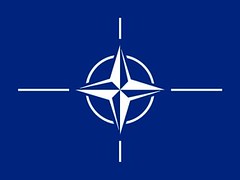 Adolfo Suarez’s government was divided on Spain joining NATO, but after Suarez resigned in 1981 his successor, Leopoldo Calvo Sotelo gave high priority to the issue and in December 1981, NATO membership was approved by majority vote. The Left protested bitterly that the decision had been pushed through parliament in violation of the consensus that had been the basis of all major political decisions since 1977. The Socialists organised a protest campaign, and the PSOE leader, Felipe Gonzalez, made the NATO issue a major feature of his electoral platform in 1982, promising a popular referendum on withdrawal from NATO in the event of a Socialist victory. However, when Gonzalez won the elections the same year and became Spain’s new president he failed to fulfil his promises. A significant factor in this change of heart was the fear that withdrawal from NATO might become an insuperable obstacle to entry into the EC and so lead to severe economic consequences for Spain.