History of Spain: Independence of Spanish Colonies in America 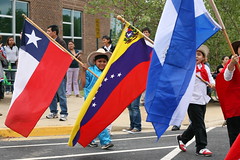 The years between 1808 and 1829 saw numerous wars against Spanish rule in Spanish America, directly related to the Napoleonic French invasion of Spain and the cumulative crises and disruptions of invasion, revolution and restoration. Damaged Spain was no longer the same major military and economic power it once had been and by 1825 most of its colonies in Spanish America had won their independence. After the death of the King Ferdinand VII, in 1833, only Cuba and Puerto Rico remained under Spanish rule, until the Spanish–American War of 1898.

“The Spanish American Wars of Independence” started with short-lived governing juntas established in Chuquisaca (Bolivia) and Quito (Ecuador) opposing the composition of a Supreme Central Junta in Seville. When this Central Junta fell to the French, numerous new Juntas appeared all across the Americas, eventually resulting in a chain of newly independent countries stretching from Argentina and Chile in the south, to Mexico in the north. The conflicts can be characterized both as civil wars and wars of national liberation since the majority of the combatants were Spanish-Americans on both sides and the goal of the conflict for one side was the independence of the Spanish colonies in the Americas. In addition, the wars were related to the more general Latin American wars of independence, which included conflicts in Haiti and Brazil. 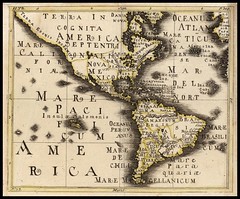 The process of Latin American independence can be seen to have taken place in the general political and intellectual climate that emerged from “The Age of Enlightenment” and influenced all of the so-called “Atlantic Revolutions”, including the earlier revolutions in the United States and France. The Age of Enlightenment is the name given to an era in Western philosophy, intellectual, scientific and cultural life, when reason was advocated as the primary source for legitimacy and authority. The Enlightenment was not a single movement or school of thought, as these philosophies were often mutually contradictory or divergent. The Enlightenment was less a set of ideas than it was a set of values. At its core was a critical questioning of traditional institutions, customs, and morals, and a strong belief in rationality and science.