Soria is a city in north-central Spain and the capital of the province of Soria in the autonomous community of Castile and León. Soria province is bordered by the provinces of La Rioja, Zaragoza, Guadalajara, Segovia, and Burgos. Situated on the Rio Duero in the east of the autonomous community, the city is noted for its walls and a number of architecturally distinctive churches.
Soria is the least populous of all of Spain’s provinces, with a density of approximately nine inhabitants per km² it is one of the lowest in the European Union. Of the province’s population about 40% live in the capital, Soria. There are 183 municipalities in Soria, of which nearly half are hamlets with less than 100 people and of which only 12 have more than 1000 people. The cathedral town of the province is El Burgo de Osma.
The River Duero is one of the major rivers of the Iberian Peninsula, flowing from its source near Duruelo de la Sierra in the province of Soria across northern-central Spain and Portugal to its outlet at Porto. Its total length is 897 km. In its Spanish section, the Duero crosses the great Castilian meseta and meanders through five significant provinces of the autonomous community of Castile and Leon: Soria, Burgos, Valladolid, Zamora, and Salamanca, passing through the towns of Soria, Almazán, Aranda de Duero, Tordesillas, and Zamora. 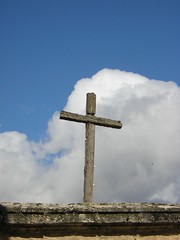 Interesting places to see when in Soria include The Renaissance Town Hall located in the Plaza Mayor, the Palacio de la Audiencia theatre, Palacio de los condes de Gomara and the remains of the medieval castle, commanding the town from the eponymous hill. Some wonderful old churches include the 16th Century Nuestra Señora de la Mayor and Iglesia del Espino, the 12th Century San Juan de Rabanera, the convent church of Santo Domingo and San Juan de Duero on the other side of the river. The Plateresque Concatedral de San Pedro was erected in the 12th-13th centuries, but rebuilt in the 16th century.
San Polo in Soria was a former monastery of the Knights Templar. The Poor Fellow-Soldiers of Christ and of the Temple of Solomon, commonly known as the Knights Templar or the Order of the Temple, were among the most famous of the Western Christian military orders. The organization existed for approximately two centuries in the Middle Ages. The Templars’ existence was tied closely to the Crusades; when the Holy Land was lost, support for the Order faded.
Officially endorsed by the Roman Catholic Church in around 1129, the Order became a favoured charity throughout Christendom and grew rapidly in membership and power. Templar knights, in their distinctive white mantles with a red cross, were among the most skilled fighting units of the Crusades. Non-combatant members of the Order managed a large economic infrastructure throughout Christendom, innovating financial techniques that were an early form of banking and building many fortifications across Europe and the Holy Land.
Photo by Pedronchi
The area of Soria was inhabited by the Iberians, who merged with the Celts to form the Celtiberians in around the 4th century BC. During the Roman invasion of Spain, Soria was besieged and its population committed a collective suicide in order to escape slavery. After the fall of the Western Roman Empire, the rebuilt city was occupied by the Germanic Suebi. Later, after the Arab conquest of Spain, Soria grew in importance due to its vicinity to the border with the Christian lands, which in the 8th century had stabilized across the Duero. In 869 Soria was the centre of the rebellion of Suleyman ibn-Abus against the caliph of Cordoba.
In the early 12th century Soria was conquered by Alfonso I the Battler and absorbed into the Kingdom of León in 1134. In the middle ages, due to its strategic placement at the borders of the Kingdoms of Castile, Aragon, Navarre and León, Soria was at the centre of several conflicts between them. Alfonso VIII of Castile, in reward for its support, gave the city several privileges which it maintained until modern times. In 1195 the town was stormed by Sancho VII of Navarre, but later recovered and continued to develop its strong trading that was controlled mainly by its Jewish community.
Soria lost most of its importance after the unification of Aragon and Castile in 1479, and above all after the decree of exile issued against the Jews in 1492. In the War of Spanish Succession in the early 18th century, Soria sided for Philip V. In 1808 it was captured and set to fire by the French troops. The economical and social crisis of Spain in the early 20th century, and the Spanish Civil War with Francisco Franco’s dictatorship which followed, had negative effects on Soria and its neighbourhood, which became depopulated due to strong emigration. 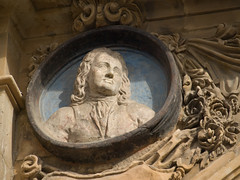 The War of the Spanish Succession (1701-1714) was fought among several European powers, principally the Holy Roman Empire, Great Britain, the Dutch Republic, Portugal, and the Duchy of Savoy, against the Kingdoms of France and Spain and the Electorate of Bavaria, over a possible unification of the Kingdoms of Spain and France under a single Bourbon monarch. Such unification would have drastically changed the European balance of power.
In 1700, the last Spanish Habsburg King, Charles II of Spain, died without issue, bequeathing his possessions to Philip, Duc d’Anjou, grandson of his half-sister and King Louis XIV of France. Philip thereby became Philip V of Spain, and since he was also the younger son of the Dauphin of France, Philip was therefore indirectly in the line of succession of the French throne. The specter of the multi-continental empire of Spain passing under the effective control of Louis XIV provoked a massive coalition of powers to oppose the Duc d’Anjou’s succession.
The war was fought mostly in Europe but included Queen Anne’s War in North America. Over the course of the fighting, some 400,000 people were killed. It was concluded by the treaties of Utrecht (1713) and Rastatt (1714). As a result, Bourbon Philip V remained King of Spain, but was removed from the French line of succession, thereby averting a union of the two kingdoms. He had to cede much of the Spanish Crown’s possessions to the Holy Roman Empire, the Dutch Republic, Savoy, and Great Britain, effectively partitioning the Spanish Empire in Europe.
Photo by rahego
A few kilometres north of Soria on a hill known as Cerro de la Muela in the municipality of Garray are the ruins of Numancia. Numancia was a Celtiberian town whose inhabitants destroyed it rather than let it fall to the Roman Scipio Aemilianus Africanus (185 – 129 BC), a leading general and politician of the ancient Roman Republic. In Soria is the Museo Numantino, devoted to the archaeological remains of this site.
The first serious conflict with Rome occurred in the year 153 B.C. Numancia let in some fugitives from the city of Segeda, who belonged to another Celtiberian tribe called the Bellos. The leader of the Bellos, Carus of Segeda, managed to defeat a Roman army commanded by the consul Quintus Fulvius Nobilior. The Romans, who brought a small number of war elephants, besieged Numancia unsuccessfully.
After 20 years of hostilities, in the year 133 BC the Roman Senate gave Scipio Aemilianus Africanus the task of destroying Numancia. He laid siege to the city, erecting a nine kilometre fence supported by towers, moats, impaling rods and so on. After 13 months of siege, the Numantians decided to burn the city and die free rather than live and be slaves. The siege of Numancia was recorded by several Roman historians who admired the sense of freedom of the ancient Iberians and acknowledged their fighting skills against the Roman legions. Numancia is preserved as a national monument and is open to the public. Soria’s football team is called CD Numancia.