Lleida is a city in the west of Catalonia and the capital city of the province of the same name. It is the biggest and most populated area of the inland part of Catalonia and also one of the oldest towns in the whole of Catalonia. It was a settlement of the “Ilergetes”, an ancient Iberian (Pre-Roman) people of the Iberian Peninsula (the Roman Hispania) and it boasts the oldest university in the medieval Crown of Aragon and the third oldest in Spain, founded in 1297.
On a local administrative level, Lleida is the capital city of the Segrià County. Its economy is mostly based on commerce, services and agriculture. Shopping, with a strong, deeply rooted tradition in the city, spreads its influence over Segrià and neighbouring regions. Modern high-quality cultural facilities such as the new University Campus have given the city’s cultural life an extraordinary boost. Lleida is a modern city which is culturally active, well communicated and situated in a unique natural environment.
It has the privilege of being provided with natural areas as important as La Mitjana Nature Park, an ecosystem of great natural and ecological value, the River Segre Park and Camps Elisis. There is also the so-called “Horta”, an irrigated area and the green belt that surrounds the city. This natural legacy enabled Lleida to grow, following environmental and quality values within the framework of a sustainable city. Lleida is a traditionally Catalan-speaking town and province, with a characteristic dialect known as North-Western Catalan, or colloquially “Lleidatà”. 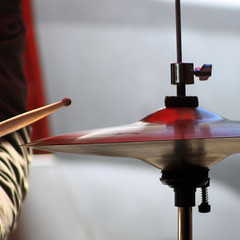 Traditional celebrations include Festa Major, Aplec del Cargol and Fira de Sant Miquel. A popular Latin-American cinema festival is also held yearly in the town called “Mostra de Cinema Llatinoamericà de Lleida”. The event has taken place since 1995, and awards were first given in 1997. At one time the festival took place in January, but today it takes place in late March. An animation film festival called “Animac” also takes place in Lleida every May. “Senglar Rock” is an international rock festival that has been held in Les Basses d’Alpicat on the outskirts of Lleida each July since 2005.
Lleida was the awarded the title of Capital of Catalan Culture in 2007. If one art form has taken on special importance in Lleida, it is jazz. Throughout the year there is an established season of jazz music, with the best voices and musicians on the Catalan and Spanish scene performing, either in the café-theatre of Escorxador or in other halls in the city. A huge variety of different jazz rhythms can be enjoyed, including gospel, folk, groove and fusion. The main attraction is the “Lleida International Jazz Festival” held in November.
Famous artists from Lleida include Ricardo Viñes – classical pianist and composer (1875-1943), Màrius Torres – symbolist poet (1910-1942), Mercè Mor – dancer, Javier Galitó-Cava – actor and dancer, Leandre Cristòfol – artist and pioneer of surrealist sculpture in Catalonia (1908-1998), Jaume Balagueró – filmmaker (born 1960) and Pep Coll – writer (born 1949). Pep Coll (real name Josep Coll i Martí) is known for such novels as “Les senyoretes de Lourdes”, “El salvatge dels Pirineus”, “Els arbres amics” and “Per les valls on es pon el sol”.
Photo by jenny downing
In ancient times Lleida was named Iltrida and Ilerda and was the main city of the Ilergetes, an Iberian tribe. Under the Romans, the city was incorporated into the Roman province of Hispania Tarraconensis, and was a place of considerable importance. It stood in a wonderful location, on the west bank of the river Sicoris (modern Segre), the principal tributary of the Ebro, and some distance above its confluence with the Cinga (modern Cinca); thus commanding the country between those rivers, as well as the great road from Tarraco (modern Tarragona), the provincial capital, to the northwest of Spain, which here crossed the Sicoris.
This location induced the legates of Pompey in Spain to make it the key to their defence against Caesar in the first year of the Civil War (49 BCE). A siege led by Caesar himself known as the Battle of Ilerda was narrated in his own words and forms one of the most interesting passages of military history. The resources exhibited by the great general, in a contest where the formation of the district and the very elements of nature seemed in league with his enemies, have been frequently extolled. As a consequence of the battle, the Latin phrase “Ilerdam Videas” is said to have been used by people who wanted to cast bad luck on someone else.
Under the Roman Empire, Ilerda became a flourishing city. It minted its own coins and had a fine stone bridge over the Sicoris. It was part of Visigothic and Muslim Hispania until it was taken from the Moors by Count Ramon Berenguer IV of Barcelona in 1148. More recently, Lleida served as a key defence point for Barcelona during the Spanish Civil War, falling to the Insurgents, whose air forces bombed it extensively, in 1937 and 1938. The November 2nd, 1937, Legion Kondor attacks against Lleida became especially infamous since they were aimed at the school known as Liceu Escolar de Lleida and 48 children and several teachers died in it that day.

Lleida pork is wonderful and the farmers of Lleida are leaders in breeding and fattening pigs, Lleida’s wine (DO Costers del Segre) and olive oil (DOP Les Garrigues) are top-quality products recognised at an international level and Lleida’s wild mushrooms are phenomenal. These are best found in autumn and local varieties include “Saffron milk caps”, “Blue spot knights” and “Grey knights”. You should also try some of the very tasty sweets and pastries that include “Cocas de recapte”, “Panadons” (big pies of spinach, raisins and pine nuts, etc) and “Granados” (almond sweets, bearing the name of Lleida’s famous musician).
Lleida is the capital of snail cookery. Snails are cooked “A la llauna” (on metal plates, eaten accompanied by allioli or vinaigrette), with “Samfaina” (green pepper and tomato sauce), “A la brutesca” (on a stone tile with burning straw placed on top of them) or “A la gormanta” (fried with flour, salt and pepper). The “Aplec del Caragol” is a culinary festival dedicated to snails that is celebrated every May. Locals are joined by snail enthusiasts from far and wide in the Camps Elisis Gardens. Some 12 tonnes of snails are savoured over the course of the three day festival and as with any other Spanish festival that is a lot of drinking and dancing to be enjoyed.
Lleida also produces fine fruit. 39,000 hectares of apple, pear, peach, cherry, apricot and plum trees produce more than 900 million kilos of orchard fruit under normal weather conditions. In fact one of every two apples and pears produced in Spain comes from Lleida, which, with 700,000 tonnes, is the top Spanish producer of almost all varieties.
Photo by Splinter.
With the conquest of Lleida, in 1149, the Order of the Knights Templars was given various properties in exchange for their help during the siege, including Gardeny hill. This hillock had already been used before our period as a base for military operations and had been visited by brilliant strategists, such as Julius Caesar, who confronted Afranius and Petreius, two supporters of Pompey who had established themselves in Ilerda in 49 B.C. During the 17th and 18th centuries, the former medieval complex was extended and turned into a new military fort, whose design corresponded to the new defensive needs involved in the introduction of the artillery: walls flanked by bastions and surrounded by vast spaces, moats and retaining walls.
The Castle of Gardeny in Lleida, together with those of Miravet, Monzón, Peñíscola and to the town of Tortosa, is a part of the Domus Templi Templar route. This journey through the time brings you to discover an important part of the Templar heritage and legacy of the former Crown of Aragon. Thanks to numerous contributions made largely by the small nobility, the House of Gardeny succeeded in building up great wealth. In order to run the different sectors that had been established, new administrative posts soon had to be created, along with new commands, such as those of Corbins and Barbens. By the 13th Century, the House of Gardeny was one of the main Templar decision-making centres in the Crown of Aragon.
The monumental complex of Gardeny represents one of the most outstanding testimonies of Templar architecture built in Catalonia during the second half of the 12th century. Although between the 17th and 18th centuries considerable changes were made that ended up altering the previous appearance of the medieval complex, many buildings from the autonomous fortress are still preserved today. It is an area bounded by walls and flanked by towers, within which the various buildings would have been grouped around a central courtyard.