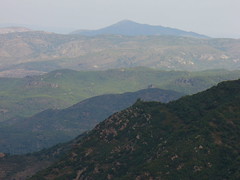 Castellón de la Plana is the capital city of the province of Castellón, in the Valencian Community. It is located in the east of the Iberian Peninsula, on the Costa del Azahar by the Mediterranean Sea on the fertile plain known as “La Plana” between the mountains and the sea. Castellón is one of the most mountainous provinces in Spain.
Castellón de la Plana is a forward-thinking city in which broad, modern avenues and narrow streets and plazas from yesteryear combine to form a special atmosphere. A walk around town is a pleasant experience. On your stroll, you can encounter many surprises including beautiful modernist buildings, modern shops, shady parks and important Gothic and Renaissance monuments.
A look towards the sea confirms the Mediterranean style of Castellón de la Plana. Its carefully attended beaches lay on both sides of the port through which a large amount of exports are shipped each year, accounting for a substantial part of the provincial economy, based mainly on ceramic tile manufacturing, agriculture and tourism. The mild climate owes much to the sea and the protection from cold northwest winds provided by the mountain spurs of the “Desert de les Palmes”. These two factors have a decisive influence on the city’s lovely average annual temperature of 17°C.
Photo by Manel
The town was officially founded in 1251, after the conquest of the Moorish Kingdom of Valencia by King James I of Aragon in 1233. King James granted royal permission to move the town from the mountain to the plain on September 8, 1251. In 1366, a very significant event occurred in Castellón’s history when a humble ploughman named Perot de Granyana discovered the image of the Virgin of Lledó buried under thick earth. Since then, the Virgin of Lledó has become the town’s patron saint. During the Middle Ages, the city was protected by moats, high walls and towers to protect from invaders. A church was also built, later becoming a cathedral in the 15th Century. The first known building in the area was the Moorish castle of Fadrell, near Alquerías de La Plana. It is located at the high points of the Desert Mountains and below it is a view of breathtaking landscape, with lush surrounding greeneries.
The city walls were torn down in the 19th century and the city slowly began to expand, a process interrupted by the War of Independence against Napoleon (1804-14) and the Carlist Wars (1833-63). In 1833 Castellón became the capital of the newly constituted province. In the second half of the 19th century, the city again began to expand further, marked by the arrival of the railway, the enlargement of the port and the construction of such places as the Provincial Hospital, Casino and Theatre and Ribalta Parks. In 1991 a university (Jaume I University) was established, set upon a modern campus.
Due to the growing population in the city, avenues were even extended, making the seafront accessible to everyone. Castellón’s very own railway, Valencia – Castellón de la Plana, also paved the way to the city s improved mode of transportation. The “Pandarelo”, a narrow-gauge additional railway, was also added to complete the set up. This way, Castellón was easily connected to its surrounding towns. Consequently, local tourism and the city s local industries began to progress rapidly. Ceramics then and now is one of the city’s primary industries and Castellón is famous as a city of artistry and craftsmanship.
Most of the historical buildings are located in the small old town, around the main square. These include the Gothic Concatedral de Santa Maria built in the 13th century, reconstructed one century later after destruction by fire and then reconstructed once more after the demolition ordered by the council during the Spanish civil war in 1936.
There is also the 18th century town hall, the hemp exchange market Llotja del Cànem built during the first half of the 17th century to be used by traders in hempen cloth and ropes and the Basilica of Santa María del Lledó devoted to an image of the Virgin Mary found in 1366 by a farmer when he was ploughing his lands. The original 14th-century chapel was extended to its present Baroque form during the 16th century.
Castellón de la Plana is a great place to be during the spring. One of the highlights at this time is a celebration in honour of Santa Maria Magdalena. Prego is one of the many religious traditions that people in Castellón still hold close to their hearts and a procession is held every third Saturday of Lent through the streets of Castellón. The Romeria de las Canyes is another religious pilgrimage that has become a tradition in itself. People participate by carrying canes that are decorated with green ribbons and walk in procession until the ancient town of Hermitage of Magdalena. After the religious rituals, the day becomes more relaxed and upbeat with all sorts of lively street entertainment, including musical concerts and fireworks displays. Another important tradition in Castellón is the feast in honour of Santa Maria del Lledó, which is celebrated every first Sunday of May. 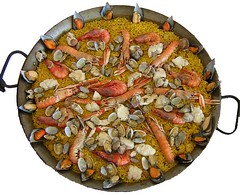 As with most places in Valencia, rice and fish are the staple foods of Castellón de la Plana and Paella is found on almost every menu. The name “Paella” is taken from the Latin word “Paella”, which is a term for frying pan. The three primary ingredients of Paella are rice, olive oil and saffron. Paella is usually topped with vegetables, seafood and meat, such as rabbit or chicken. Paella should be eaten right out of the pan with a spoon, without bread. It is a Spanish custom to dish up big servings during town festivals, important gatherings and family occasions and interestingly it is usually the men of the family who prepare the Paella.
Assorted shellfish platters (“Mariscadas”), grilled fish (“Parrilladas”) and seafood medleys (“Zarzuelas”) are well worth a try. “Arros a banda” (rice cooked paella-style in fish broth) is also popular, along with “Tombet” (rabbit stew). Another unique delicacy that Castellón has to offer is its “Artichauts” (artichokes). The town of Benicarló in the province is said to have the most mouth-watering artichokes. “Arros caldos” is another Castellón specialty. This dish is a kind of paella with a twist and some additional ingredients. It is more of a rice stew with chicken and the paella soup is what makes the dish so special.
Desserts include pastries such as “Rollets d’anís” (anisette rolls), “Rollets d’ou” (egg rolls) and “Coques de panses i nous” (nut and raisin cakes). Almonds, honey and curd is another typical desert and of course there is a great variety of fresh fruits, with an abundance of wonderful Valencian oranges all along this coast.
Photo by VRoig 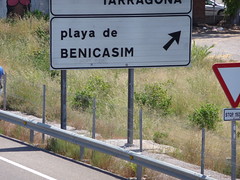 Castellón is extremely proud of its musical festivals and they are a treat for both tourists and locals alike. The Benicassim FIB Heineken Festival is one of the most popular music festivals in Europe and manages to attract the very best bands every year. In contrast with the historical air of Castellón, Benicassim Festival primarily caters to the younger and more modern locals and tourists. It focuses on alternative rock, indie and electronica artists, as well as having other elements besides music like short films, theatre, fashion and art. The festival is noted for being beside a beach resort and having bands play later in the day (5pm – 8am) than most festivals.
‘FIB’ is actually held in the seaside resort of Benicassim in the Castellón province on Costa del Azahar, Valencia, 92.2km away from Valencia Airport and 13 km north of Castellón de la Plana in a venue which covers an area of 120,000 square metres. Festival goers who have purchased multi-day passes can camp for up to 9 days starting Monday before the festival starts and ending Tuesday after the festival has ended.
The first FIB took place in 1995 and line-ups have since included Oasis, Amy Winehouse, Radiohead, The Killers, Björk, The Cure, Brian Wilson, Depeche Mode, Lou Reed, Morrissey and The Chemical Brothers. FIB has received criticism from nationalist sectors in Spain, who claim that it doesn’t support Valencian culture, even though it takes place in the Valencian Community and receives a high amount of public money to finance itself. FIB’s director Jose Luis Morán stated in an interview that he didn’t intend to include any band in the festival that had lyrics in Valencian language, Euskera or Galego.