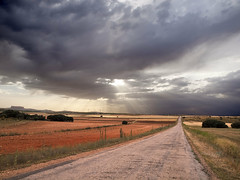 Albacete is a city in south eastern Spain, 258 km south east of Madrid. It is the capital of the province of Albacete in the autonomous community of Castile La Mancha. The settlement was named “Al-Basīṭ” (“The Plain”) by the Arabs. It has been well known as a centre for the manufacture of fine daggers, scissors, and knives and although it has never been considered a city with an industrial tradition, the industrial area of the city (“Polígono de Campollano”) has recently been expanded making it one of the biggest industrial parks in Spain. Albacete has great services and industry activity, due to the excellent train and highway communications on the way from Madrid to the coast.
Albacete, together with Ciudad Real, has one of the main campuses of the University of Castile La Mancha. It is estimated that between 9,000 and 10,000 students study at any of the schools that the regional university currently has in the city. These students make for a lively atmosphere in the city at night and there are numerous good clubs, bars and tapas restaurants to entertain them. In September, the main annual festival, “Feria de Albacete”, transforms the city for ten days as visitors come from far and wide to fill the city streets. The city population can grow as much as fivefold.
Albacete is not known as a tourist destination, but its sights include the cathedral and the museum, “Museo de Albacete”. The Albacete Provincial Museum, “Museo Provincial de Albacete”, is a museum of archaeology, ethnology and fine art and has existed in various incarnations since 1927. It settled in its present building in Abelardo Sánchez Park in 1978 and its exhibits emphasize the development of regional civilization and art. The Joaquín Sánchez Jiménez Archaeology Museum houses a notable collection of Roman and pre-Roman artifacts. Local Paleolithic and Neolithic items are shown, as well as Roman art and tools. Iberian sculpture is featured as well. The Benjamín Palencia fine arts section emphasizes 20th century works and includes many pieces by local contemporary artists.
Photo by turut
Before the Christian troops arrived in 1241, Albacete was only a small Moorish village, dependent on the borough of Chinchilla. In the early 14th century the village began to develop and its population increased. In 1375 it was considered a borough and became independent of Chinchilla and a century later, in 1476, the Catholic Monarchs thanked Albacete for supporting the Crown and granted it a licence to hold a market once a week. During “La Guerra de las Comunidades de Castilla” (1520-22) Albacete supported the new emperor Charles V who, in 1526, granted the feudal estate of the town to his wife, the Empress Isabel of Portugal. During this period, building started on the church of San Juan Bautista (St John the Baptist), which was later to become a cathedral.
Albacete was located in a strategic position between Madrid and the east coast of Spain and its agricultural wealth leaded to the growth of the borough during the next few centuries until Philip V granted permission for an annual fair in 1710. This fair was later held in an enclosure built by Charles III in 1783. The railway reached Albacete in 1855 and the Madrid to Alicante route passed through the town. Later Albacete was also connected by rail to Cartagena. In 1862, Isabel II granted Albacete the title of town. Street electric lighting was inaugurated in 1888 and Albacete became the first capital of a province in Spain with electric lightning in its streets.
Throughout the 19th century the population of the town doubled from the 10,000 inhabitants at the beginning of the century to around 21,000 by the start of the 20th century. During this period, Albacete defended Queen Isabel II against the Carlists, the supporters of Charles who was pretender to the Spanish throne. Carlism is a traditionalist and legitimist political movement in Spain seeking the establishment of a separate line of the Bourbon family on the Spanish throne. This line descended from Carlos V (1788-1855) and was founded due to widespread dissatisfaction with the Alfonsine line of the House of Bourbon. In the time of the transition to democracy the two most significant events were the establishment in Albacete in 1982 of the High Court of Justice of Castile-La Mancha and the consolidation of the University, which brought new life to the town in 1985. 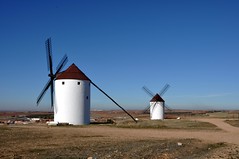